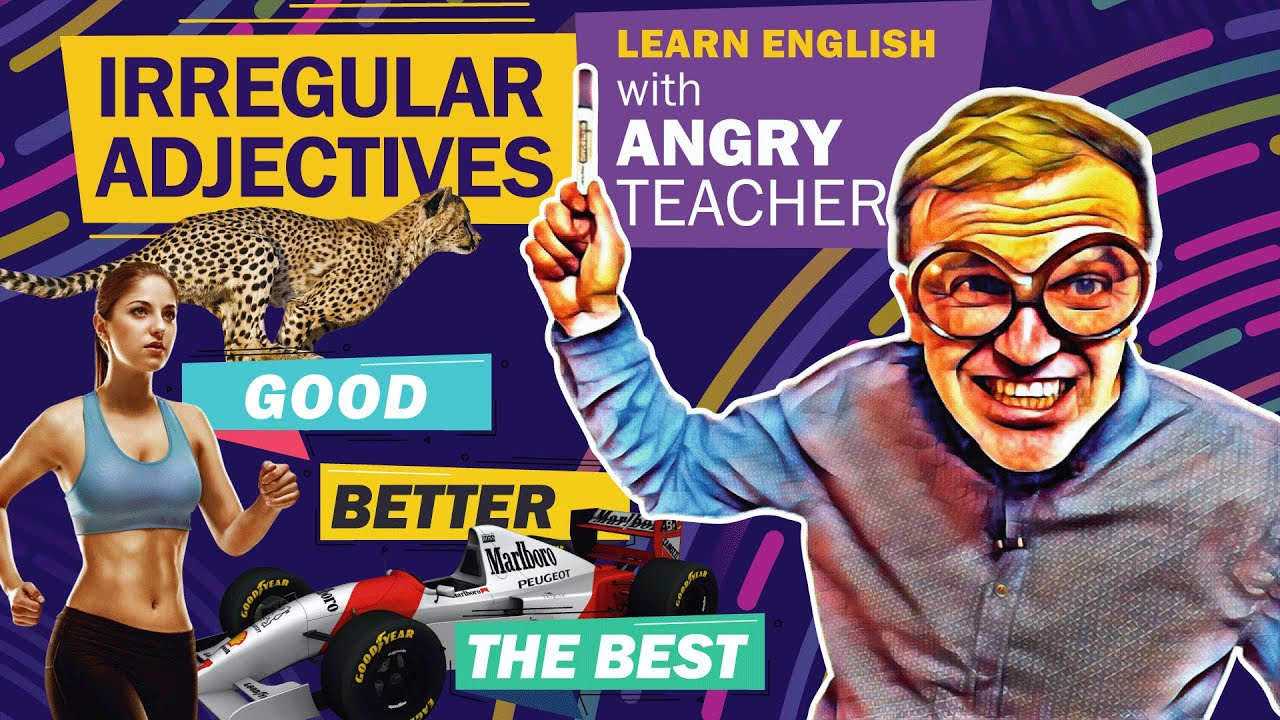 Good – better – the best;
bad – worse – the worst;
little – less – the least;
much – more – the most;
old – older/elder – the oldest/the eldest;
far – further/farther – the farthest/the furthest

In 2 or more syllable adjectives we add “more” to the comparative and “the most” to the superlative form.

2-syllable adjectives with endings -ow, -er, – le and -y take the ending -er to the comparative and ending -est to the superlative form: pretty – prettier – the prettiest.

You can use this animated presentation with English irregular adjectives that compare, comparatives, and superlatives in your ESL classroom.