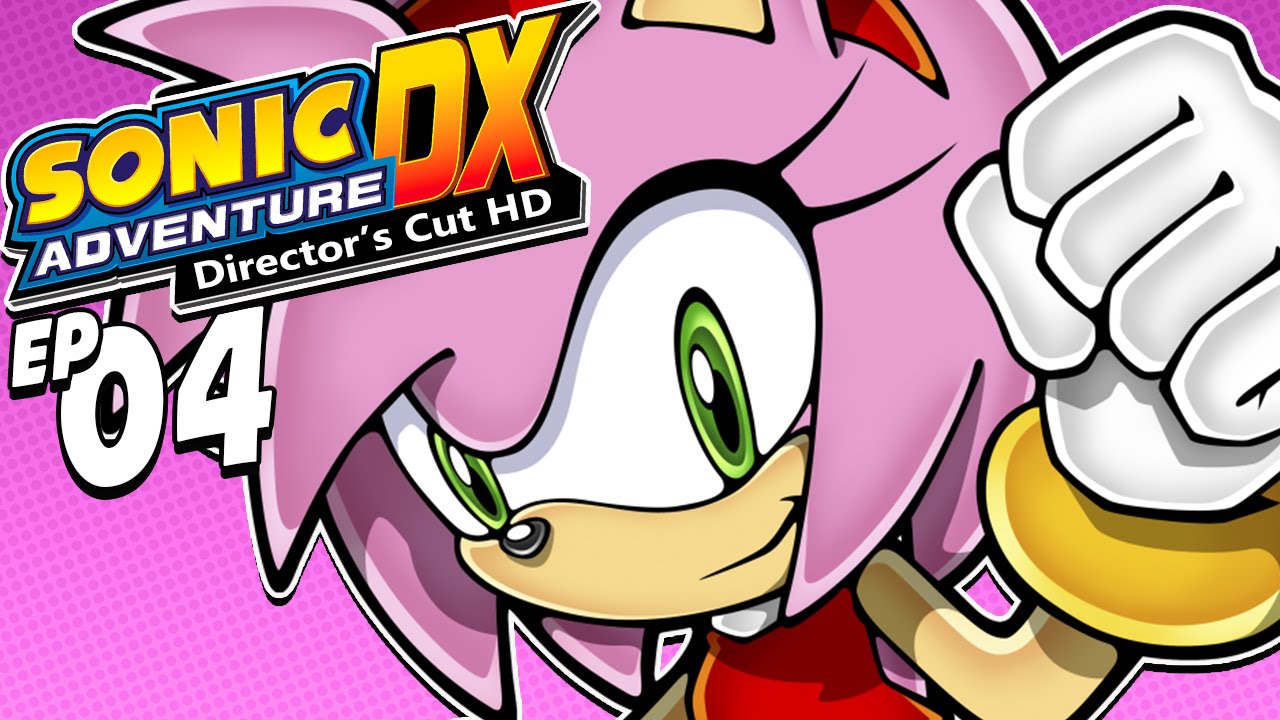 Amy Rose is taking a stroll in Station Square, reminiscing about the good old days when suddenly the city is shadowed by the Egg Carrier and a bird falls down from the sky. The bird was held captive, along with its family. Amy befriends the bird,who she nicknames “Birdie”, and promises she’ll help it get home with its family. After a stroll through the town, she runs into Sonic and asks him to guard the bird, though Sonic strongly declines. She follows him to the entrance of Twinkle Park. Unfortunately, ZERO appears and before Sonic can do battle with it, Amy notices a sign that apparently says “Cute Couples get in free” and readily enters the park while Sonic follows trying to stop her. After making her way through Twinkle Park while avoiding ZERO, she makes it back to Station Square and finds Sonic gone. Before she can continue with her search, she is captured by ZERO.

Amy is taken to a cell aboard the Egg Carrier where she is guarded by E-102 Gamma. He demands she hand him the bird, but she refuses. She then demands that he tell her why he wants the bird, but he himself does not know. She pleads with Gamma to help them, but he questions why she cares for something she knows nothing about. She says she pities him because love is not a part of his programming. The bird flies out of the jail cell and looks Gamma in the eyes. Gamma then tells them to escape and deactivates the cell. He tells them it is dangerous and that they’ll be at the Mystic Ruins base soon. She comes to a room and plays through a game where she gets the Warrior’s Feather. While venturing through Hot Shelter, she has another run-in with ZERO. When she grabs a hold of the balloon, she drifts back in time and meets Tikal after finding Chaos’ Shrine. She then drifts back into the Egg Carrier. She makes it to the deck and is cornered by Eggman. Fortunately, Sonic and Tails also make it to the deck. Eggman grabs the bird and take the Chaos Emerald around its neck. He calls out Gamma who is ordered to destroy them. After fighting Gamma, Sonic tries to deliver the final blow, but Amy defends the robot, telling Sonic he helped her. The Egg Carrier begins to lose altitude and Amy tells Gamma to be free. Gamma asks why she is helping him, to which she responds that she promised they’d be friends. She then leaves with Tails as the Egg Carrier crashes.

She returns to Station Square and bids farewell to Tails and goes to Mystic Ruins to help the bird find its family. After searching through the jungle she finds the bridge leading to Eggman’s base. She goes through Final Egg and once again meets with ZERO, but escapes. After deducing that the bird escaped from the Egg Carrier, she goes back to the now sunken Egg Carrier. The bird finds its family but ZERO knocks out the bird with its telescopic fist. After noticing the perpetrator of the attack, Amy becomes enraged and prepares to fight Zero. After battling and eventually destroying the robotic pursuer, the three birds are reunited and Amy vows to be the best she can be to impress Sonic, and hopefully make him respect her.